Why stop when you could keep going?

What could be better than finishing a long day of skiing with even more skiing? For those who are insatiable, thank god someone had the brilliant idea of throwing some lights up on the hill and letting the die-hards have at it.

The origins of night skiing can be traced back to 1936 at the Bousquet Ski Area in Pittsfield Massachusetts. Courtesy of a partnership with General Electric (who, it seems, used to provide only electricity instead of like, everything), the hill was outfitted with floodlights, which allowed people in those days to flock down the slopes with their flimsy and often treacherous gear.

Nowadays, the practice of night skiing is well-established, and for certain events like the X Games in Aspen, the darkness is a perfect backdrop to see adrenaline- (and maybe weed) fueled daredevils whirl through the sky. Sure, it can be colder, but it can also be quite the thrill.

Here’s a few things to keep in mind should you find yourself in a position to extend your day or if you couldn’t get everyone awake on time and pull into the ski town after 4 pm.

Everything looks so nice and clear on those big jumps down well-lit terrain park runs, but the truth of the matter is that most of the time the lighting is going to be just OK. With this in mind, come prepared with goggles that have lighter lenses if you have them handy. Smith, for example, makes clear lenses you can use in your goggles for just $25. Sunglasses are for sure out of the question, but you’ll find that you want every available fragment of light so you don’t suck face with the snow or, God forbid, be like a Kennedy (yeah, that one took place at 4:15 PM, and they were also playing football on skis, but you get it).

It can be a tremendous thrill to ski in almost complete darkness, but it’s also nice to not be skiing completely by braille. Anyone that has found themselves in an open bowl with low cloud-cover knows how terrifying it can be, and if you’re falling on machine-groomed hard pack instead of the forgiving fluff, your body might request a new owner. I guess just don’t fall? 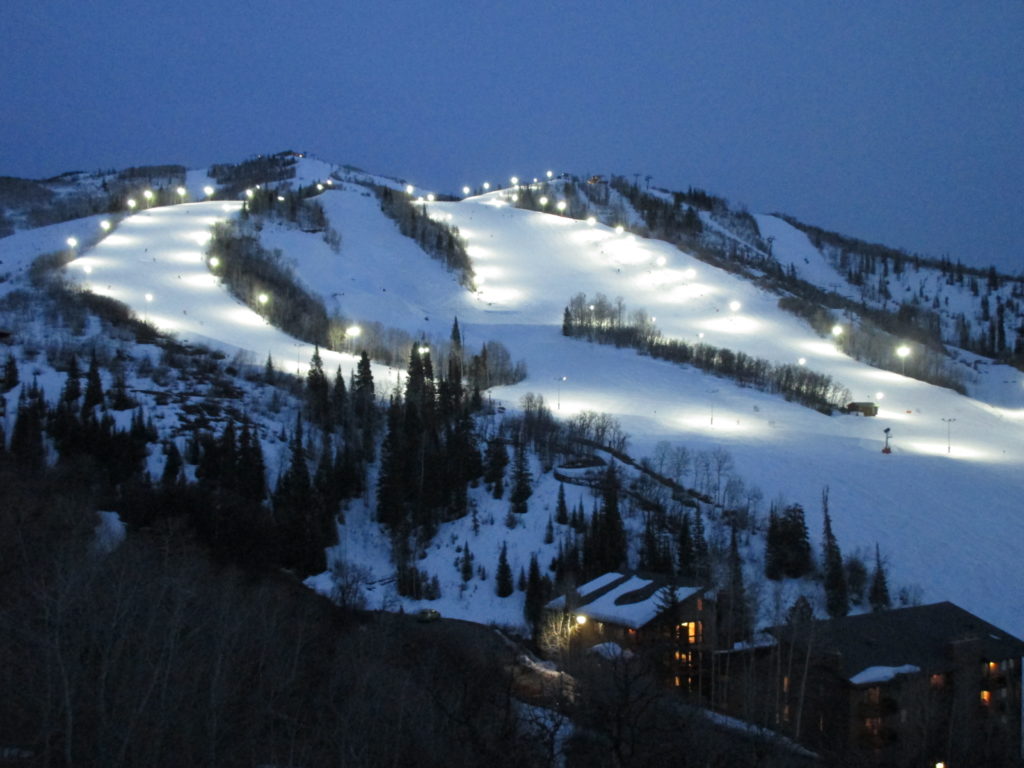 2. Bring An Extra Layer (or three)

In general, it’s good sense to bring extra clothes while you’re skiing. It’s way easier to take off a layer to cool yourself rather than freeze your organs on the lift, wishing you had a fleece or a small bucket of whiskey to warm up with. Night skiing is no different. Our friend the sun does a lot of work during the day, even if it is hiding behind the clouds, and nothing kills enthusiasm more than being really, really cold with no hope of getting warmer. I’m sure it’s occurred already to some of you, but some (some) whiskey can be used as an additional “emergency layer”. Of course, that comes with its own set of implications (see Kennedy, above).

“Why doesn’t every mountain have night skiing?”, you might ask. Well, most of that comes down to the forest service land on which the ski resorts operate – the additional work that goes into making sure the mountain is safe and the various government agencies are happy is frankly not worth the additional effort for most resorts. Despite these practical challenges, there are still a handful of resorts that feature night skiing in some capacity, but it’s important to bear in mind that of these, some are only open on certain nights of the week, or for special occasions. That and the demand for it isn’t all that high – it turns out that most people are plenty satisfied to ski during the day and then rest, usually with something warm in mind (hot toddies, hot tubs… you get the idea).

But there are perhaps more mountains than you might expect that have night skiing. Remember to check with us first to get discounted tickets to any of these locales!