Aspen’s history is a wild ride.

Take a step back in time for a moment. It’s 1946. World War II just ended last year, and the world is moving again. The NBA is playing its first season, you don’t know it yet but thousands of notable Boomers are coming into this world including Dolly Parton, Andre the Giant, and George Bush, and you’re seeing Tuppperware in the stores for the first time. What a time to be alive.

At the same time, this little town called Aspen in Colorado also just opened the longest ski lift in the world. Things are looking pretty good, but that doesn’t ever scratch the surface.

A lot has taken place in the 75 years of Aspen’s history, but there’s some things you should especially should know. Let’s take a walk, shall we? 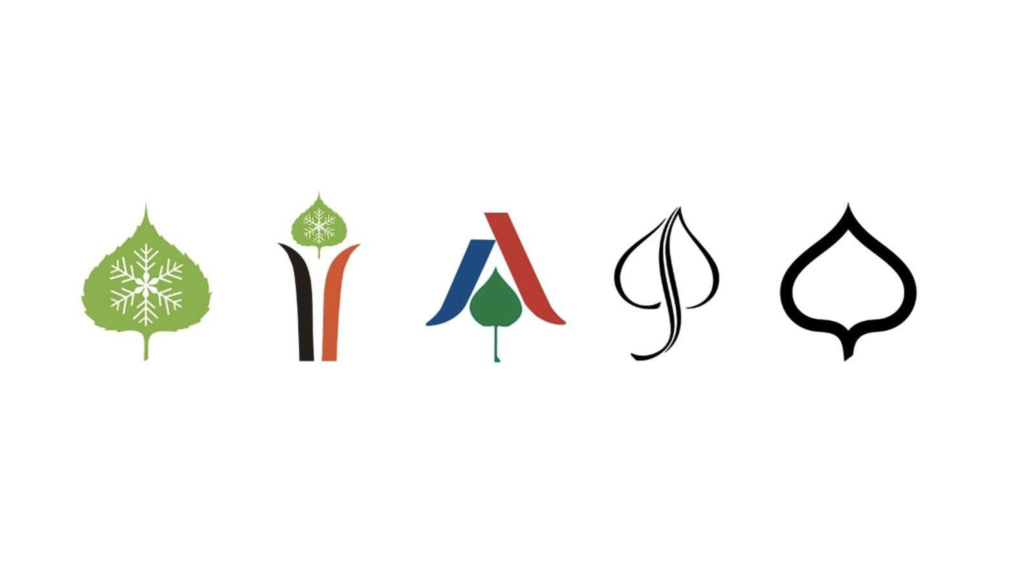 The evolution of the Aspen Snowmass logo

In the 1880’s and 1890’s, Scandinavian silver miners got skiing started. Immigrants from primarily Norway once mined the hills near Aspen, and with them they brought their traditional ski knowledge to get around the snowy landscape more efficiently. 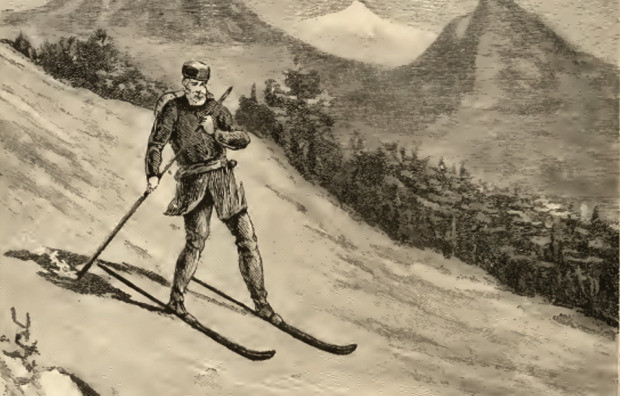 For skis, the miners used 10-foot wooden boards with tips they curled with steam and then fashioned bindings out of nails and leather straps.  By no means did their style of skiing look like ours, either; as the image above shows, this old style of skiing required a large pole to be dragged between the legs and used as a brake.  Just think–there was once a time when skiers didn’t even know how to ‘pizza’ to slow down.

Lift 1 was a big deal. In the beginning (early 1900s) skiers had to hike to all terrain in Aspen. Not until 1937 did engineers and local volunteers cut the first run at Aspen Mountain. That first trail moseyed down what is now Ruthie’s Run to

Corkscrew and finished at Monarch Street. Before then, though, skiers had to walk themselves up the hill and pick their way down through the trees. Hard work with those old 10ft skis.

Then in 1936, a decade before the mountain opened as Aspen Ski Corp., a bunch of locals got together and built the six-passenger Boat Tow. It was literally a wooden boat slid up the snow with a tow rope. There’s really no better way to describe it than just including a picture so we took care of that for you. 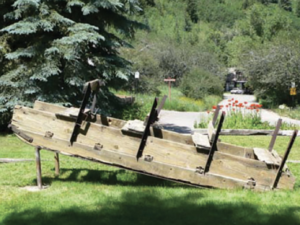 Finally, in 1946 Aspen Ski Corp was founded and the first chair lift, Lift 1, was built. It ran from Aspen Street to today’s Midway and helped usher the throngs of skiers coming to Aspen via the “snow train” from Denver. The original structure of Lift 1 can still be seen at Aspen Mountain today. 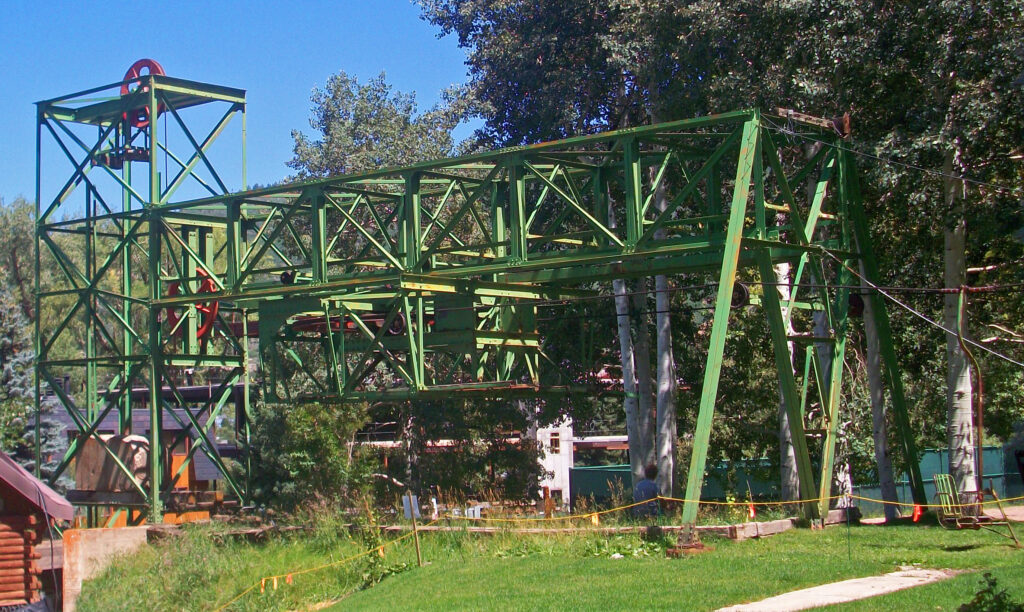 The original base of Chair Lift 1

3. Aspen Ski Corp. (the old name for Aspen Ski Co.) once hired locals with jeeps to cart skiers up the mountain when Lift 1 went down.

Sometimes chair lifts go down. On today’s mountains you just find another way up, but when it’s the middle of the 20th century and there’s only one lift, you recruit the community.

In 1954, Chair Lift 1 went down. Instead of shutting the mountain down, Aspen Ski Corp. plowed a new road–Midnight Mine road–and recruited locals to drive skiers to the top of the run for an entire week. In total, locals drove 2,500 skiers up the mountain with 35 jeeps. It became known as Operation Jeep Lift.

Believe it or not, ski bums are rowdy. Unfortunately for them, though, they were intimidating the tourists and Aspen Ski Corp. had had enough. In 1974, Aspen doubled the price of their three-mountain (Aspen, Buttermilk, and Snowmass at the time) season pass “to keep the local yahoos from skiing too much”. Then, one year later in 1975 when ski bum culture really peaked in town, Aspen removed Aspen Mountain from the three mountain pass. This move just sent everyone over to the one mountain not owned by Aspen at the time–Aspen Highlands. Eventually, though, Aspen started letting the ski bums back into Aspen Mountain, but for the most part, they still stuck to Highlands in protest.

5. Aspen Ski Co. has remained a private enterprise for all 75 years of its existence.

The company has changed hands a number of times but it has never gone public or sold to a larger ski conglomerate. Friedl Pfeifer, Johnny Litchfield, Percy Rideout, and Walter Paepcke founded Aspen Ski Corp. in 1946. It remained in the same hands for thirty-two years until 1978 when 20th Century Fox purchased the company. Within the same year, though, Marvin Davis bought 20th Century Fox, Aspen Ski Corp. became the Aspen Skiing Company, and then the powerful Chicago Crown family bought a 50 percent stake in Aspen Skiing Co (ASC). The Crown family, led by Lester Crown would hold their 50 percent stake in ASC until 1993 when the family went all in and took a 100 percent stake in the company. Aspen Ski Co. has been under the Crown Family leadership ever since.