Five Resorts the Average Skier Should Not Miss

Now these are fine aspirations for proficient skiers and snowboarders. But what about your average Joe and Jane Snowrider? You know, the people who are happy cruising the blue — and the occasional black — groomers at Mt. Wannabe all season long.

Here are five must-ride resorts for those who are content to ride the corduroy: 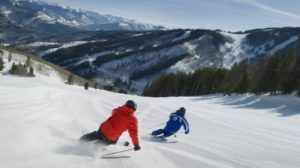 The home of America’s downhill, a.k.a. the Birds of Prey course, knows a thing or two about getting the snow just right for the annual World Cup stop in Colorado. So it’s no surprise the folks at Beaver Creek also know how to groom their runs with similar precision. Take a few laps on Gold Dust or the slightly steeper Centennial run off the high-speed Centennial chondola, which rises 2,000 vertical feet from the main village, and you’ll be in cruisin’ heaven. 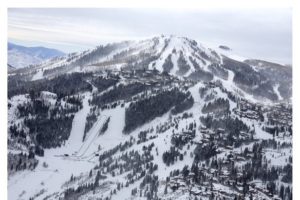 This Utah resort caters to an upscale clientele with ski valets, fine dining and boutique shopping at their various base areas. So it’s no surprise that Deer Valley also takes pains to ensure their guests have a quality, not to mention smooth, ride on the hill. Take a lap or two on Big Stick, Nabob or Tycoon and you’ll be smiling on the ride back up. The groomers last longer, too, because Deer Valley limits lift-ticket sales to 7,500 per day. 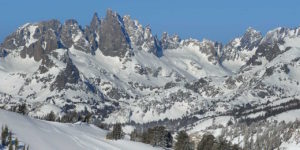 At the 11,053-foot summit of this eastern California resort, the view seemingly goes on forever with stunning vistas of the High Sierra crest to the north and south. Once you’ve taken it all in, point your boards in the direction of Mammoth Mountain‘s Cornice Bowl for a nice steep groomer. You’ll also find fun cruising on Quicksilver, Wall Street and Stump Alley trails. It’s a toss-up for many which is better: the riding or the scenery. 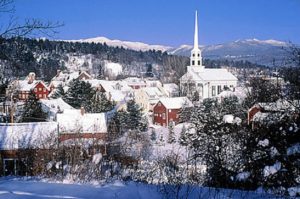 The quaintly quintessential Vermont winter village of Stowe— think high-steepled churches and  homey shops and restaurants — lies a few miles from New England’s most storied ski area, Stowe Mountain Resort. Though famed for its intimidating Front Four runs (National, Goat, Starr and Liftline), Stowe’s mellower side is nothing to be ashamed of. Try Perry Merrill and the Lord-North Slope combo on Mt. Mansfield and Sterling on Spruce Mountain for a cruising good time. 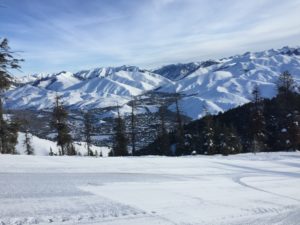 Thanks to the 1941 movie Sun Valley Serenade, Alpine skiing — not to mention central Idaho — became something of interest to the average American. And along with being the nation’s first resort with a chairlift, Sun Valley can lay claim to being ground zero of U.S. skiing. With that much history behind it, it’s not a surprise that Sun Valley has perfected the art of making its snow as skiable as possible. Check out Gretchen’s Gold on Seattle Ridge or the Warm Springs and Upper College-Flying Squirrel combo runs off the 3,300-foot vertical Challenger Express for some quality cruising.