We’ve all been through years where the new year is marked with a low base and low hopes for skiing.

Fortunately, the period around the new year brought much-needed relief to several areas of the Western US. Along the intercontinental region, Big Sky got a foot and a half, Jackson Hole got a nice helping of fresh snow every day, and Jackson’s neighbor, Grand Targhee, received over three feet in the same span. Not to be outdone, Whitefish got pounded the following week, with still over 40″ on the way. The same is true for Whistler and most of California, which have been getting dumped on, breaking a much-needed drought.

Take a look at the forecast for mid-to-late January and you’ll find gold every direction you turn. Even one of the states with the least snow in the forecast, Colorado, is looking at 2-4 inches every day for the next couple weeks. While one to two inches a day might not seem like much, those bits are critical for building the snowpack. It also typically means that the weather has stayed colder AKA higher quality and more consistent snow. Add all that up over the course of the month and you have yourself some great skiing conditions. 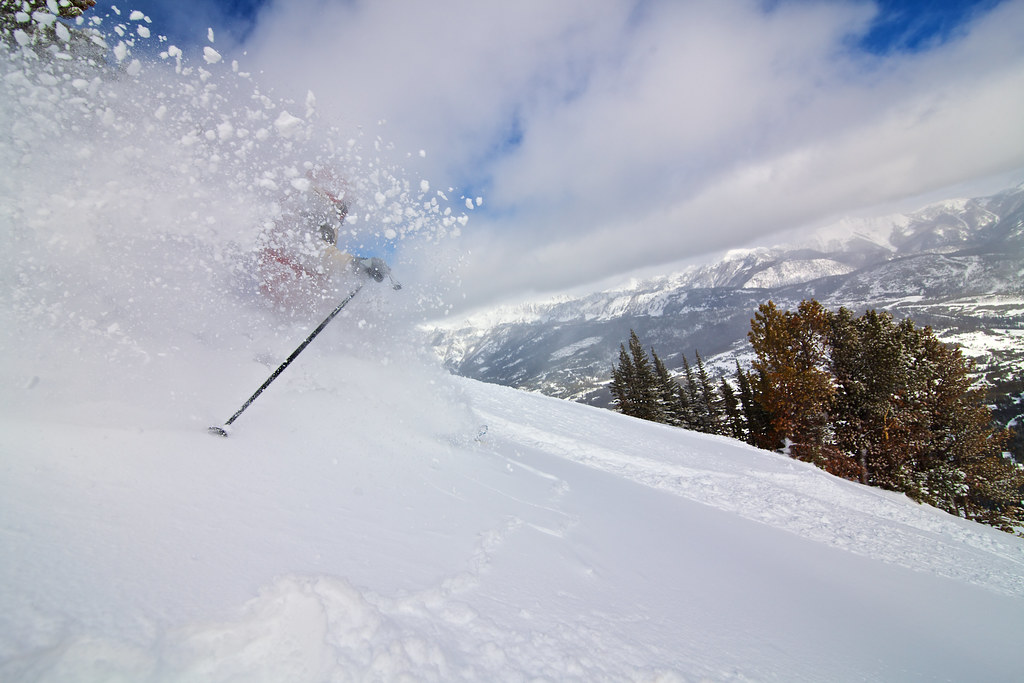 Where are the best steeps?

Better snowpack means the steepest most butt puckering intense terrain starts to open up. Since this December was fairly light on snowfall, plenty of these have been delayed until around now. But ain’t it funny what a few feet can do?

Here are a few steeps to think about when you’re planning your next trip:

Keep an eye out for openings at these mountains. Most have well-posted signage that can keep you in the loop, and if you’re lucky enough, you’ll snag the first set of tracks!

Check with us to find cheaper lift tickets to these mountains, and ski these bad boys firsthand.