What’s the best way to get stoked for the coming ski and snowboard season?

And preferably lots of it.

Well, that’s what happened recently in the Western mountains over the last week or so.

Mother Nature delivered the goods to all the major ranges, including the Northern Rockies, the Sierra, The Cascades, the Wasatch and the Tetons.

The mountains of Montana got slammed the hardest with up to four feet of snow blanketing the eastern portions of Glacier National Park, as you can see in the photo above.

A Piece of the Puzzle

Although some hearty soles were able to skin up some ridges to sample the goods in the Glacier area, most of the powder that fell went untracked.

“This is a great piece of the puzzle to get people thinking about the (ski and snowboard) season,” said Dax Schieffer of Voices of Montana Tourism. “(The storms) have immediately put people in the mindset of winter.” 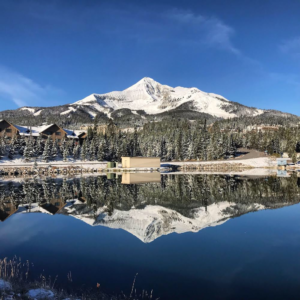 Down in the southern part of the state, Big Sky resort (above) got all fluffed out in it’s winter finest.

“We’re really excited,” said Stacie Mesuda. “We received a foot of snow on the hill, and it’s starting to stick around now. This will be the base for the ski season.”

The Shape of Things to Come

While much of the snow that fell on the West last week will end up in the local rivers, lakes and reservoirs over the next few days — it is only the second week of autumn, after all — the palpitations in all skiers’ and snowboarders’ chests are beginning to rise in anticipation of the coming season.

And here’s another taste of things to come, courtesy of Jackson Hole Mountain Resort. 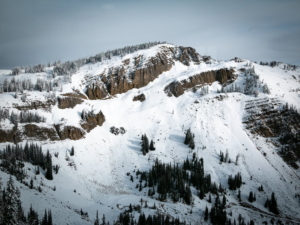