Making the Best of Dust On Crust

A dry January is one thing, but many of us rely on February for our serious powder fixes. It’s the time of year when it’s still cold enough to keep everything from thawing out, and not too cold to where there is too little moisture in the air to even form snow. So…. when we get a mostly dry February, as was the case in most of the West, you know that it’s going to be accompanied by everyone’s least favorite surface the next time the snow does decide to humor us and sprinkle our slopes with pristine happiness.

March has come, and it’s brought with it that cursed surface. That’s right – the dreaded dust on crust. We’ve talked about this before in our guide to spring skiing, as well as helping to solve the eternal debate of – ‘should I call in to work on this powder day?’ – the answer to that is ‘not necessarily’. Either way, we’re going to go into more depth about how to make a good day out of dust on crust conditions. 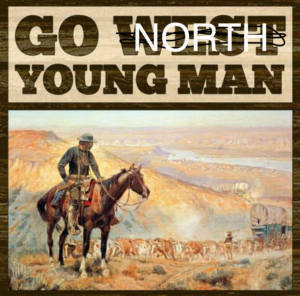 If skiing was a thing when Horace Greeley was around, he totally would have said this.

First, as they receive the least amount of direct sunlight, north-facing aspects are going to be your best bet in a dust-on-crust scenario. Certain mountains, like Winter Park, are mostly north facing, while others, like Jackson Hole, face primarily to the east. When taking that point into consideration, and should you find yourself somewhere that is predominantly sun-exposed, then you just gotta shrug your shoulders, my friend, and get on down that crust. The same goes for those out east, except replace the crust with ice. Ok, given my choice of the two, I know at least which one I’d take. 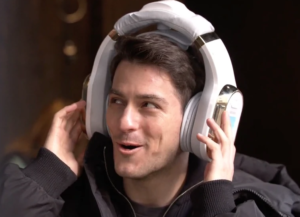 These are probably big enough

This one is half tongue-in-cheek, but the telltale sound of dust on crust – that classic keee-kohhwwww is enough to send shivers up your spine, if it’s not already a cold day to start. Consider investing in some noise-cancelling headphones for dust on crust days, so you can pretend you don’t hear the nails-on the-chalkboard turns, and you can pretend instead that you’re floating down a blissful powder field. If you can ignore the rock-hard moguls waiting to help arrest your momentum, of course.

Sun or no, the snow will generally soften up a bit as the day progresses, and the newly-fallen snow starts to sink into that otherwise unrelenting layer. Like a dried-out sponge running under a slow drip of water, the snow becomes softer as time, and a skier or two, pass by. The result being that, towards the end of the day, what was once crust is now instead a nice mix of pow and a buffer layer. Glades and mogul runs tend to be good places to look for these kind of conditions, though careful not to get yourself in a scratchy hellhole with no way out! 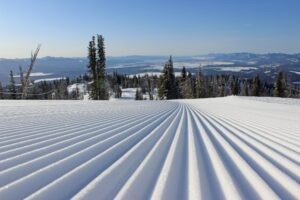 Just imagine an inch or two that good stuff on top!

If all else fails, go with what we’ve suggested before, and spend the day hitting up the groomers! A couple inches on top of a freshly groomed slope is like wearing a pair of velvet slippers (or what I imagine it to be like, as I don’t own velvet slippers), and it’s a special feeling of satisfaction to get out there early and get the first couple laps down. It pays as well to be more creative with the runs you take: if you see a run that seemingly goes to nowhere, but it’s got a few nice turns before that, what’s stopping you from taking it, eh? It’s not like you’re missing a super epic pow day anyhow.

Regardless of the conditions, check with us for the best rates on lift tickets, gear and lodging, so you can be ready to charge the slopes, be they bathed in snow or sunshine!