What is cloud seeding, and who is doing it?

Is it a technology of the future, or just a footnote?

As we enter another dry stretch typical for the month of January for most of the west, the thought has probably occurred to most of us: “Isn’t there anything that can be done to help make the lean parts of the year less dry?”. Being realistic here, the west is only getting more arid, year-on-year and as a result, we can expect the snowpack to fall cumulatively. Along with that, getting ski resorts up and running to start the year is a massive undertaking, and snowmaking operations require a ton of water, not to mention temperatures cool enough to sustain snow. What’s the point in using up all that energy if the sun is just going to do what it does and convert it back into water?

In today’s article, we’ll look at the main technique, cloud seeding, that shows promise for helping improve our beloved snowpack, as well as the practical limitations it faces.

Origins of seeding the clouds 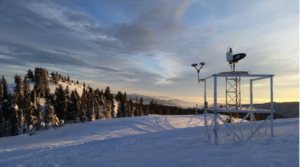 As per the Encyclopedia Britannica, cloud seeding experiments were first conducted in Massachusetts in 1946 by American chemist and meteorologist Vincent J. Schaefer. Schaefer had an aircraft flying above the cloud layer drop pellets of solid carbon dioxide into said clouds, and voila, precipitation was successfully produced! Since that point, seeding has been performed from aircraft, rockets, cannons, and ground generators. The consensus among scientists is that silver iodide and solid carbon dioxide (dry ice) are the most effective substances to encourage seeding. Additionally, aircraft and ground generators have over taken the significantly more intense-sounding rockets and cannons as the preferred method of delivery.” 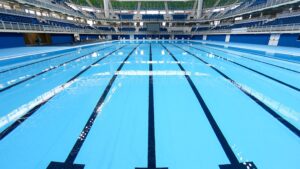 A 2017 study in Idaho conducted by researchers from the University of Colorado, University of Wyoming, as well as from the University of Illinois at Urbana-Champaign found that, for one storm, the seeding caused about one-tenth of a millimeter more snow to fall. This sounds insignificant, save for the fact that the area covered was about 900 square miles. According to the article, the additional snowfall was equivalent to about 285 Olympic-sized swimming pools!

It may sound a bit like science fiction, but cloud seeding shows the most potential for improving snowpack under certain conditions. That last part is critical, as we need to make one thing clear – if there are no clouds in the sky, that generally means that moisture is absent as well. The main thing that makes cloud seeding go is being able to increase the precipitation potential for storms in the forecast. In other words, you can’t just make a snowstorm out of nowhere. The ideal clouds for targeting are warm clouds with plenty of liquid water that hover around freezing temps. So, on a hot, dry day, tough luck!

Like anything, there are skeptics to the program, but your author prefers to be optimistic. His faith lies in mankind’s ability to wring the water out of the clouds with improved technology and efficiency. It can’t hurt to try, right?

So, which ski resorts use cloud seeding? 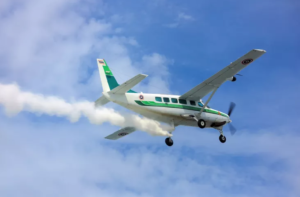 Let’s go back a step here, as it’s not just ski areas that have an interest in increasing moisture. In fact, Colorado, Utah, California, Arizona, and Nevada all have programs to increase cloud seeding or provide funding for operations in other affected states. Energy companies like Idaho Power, which has operations in Idaho and Oregon, also have gotten in on the technique to increase the amount of water flowing through the hydroelectric dams it operates. In Colorado, Telluride, Winter Park, and Wolf Creek all have cloud-seeding programs in addition to the cloud-seeding pioneer, Vail Resorts. In Utah, Park City, Snowbird, and Alta all have programs as well.

Next time you find yourself on a day where a bit more snow fell than you expected, feel free to wonder if it has been induced by cloud-seeding, but most importantly enjoy it, as it is a precious resource! Regardless of the conditions – sunny days can be great fun for skiing too! – check with us first for deals on tickets, lodging and gear.