What Makes Utah’s Snow the Greatest on Earth?

Flip through any issue of Powder Magazine and there’s a pretty good chance you’ll find some mention of face shots and bottomless pow in Utah. There’s an aura about the place that sends people flocking from all around the world to fill their cup on the Western powder faucet. So what makes it all happen? Is it propaganda? No. It’s just pure facts, and everything mentioned below leads to one thing–more float. And more float = better skiing. Let’s have a look.

What’s better: light, airy, flaky biscuits or heavy, gummy, chewy biscuits? If you’re leaning towards the second I would advise you stop reading this and find a tutorial on how to undo your current taste preferences. But for those in the first boat, it’s a no brainer. Lighter snow is no different. As storms leave the Pacific Ocean in the West they drop huge amounts of heavy snow in the 10 to 12 percent moisture content range all along the Sierra Nevada. Continuing their march East, these same storms then pass over the Great Salt Lake. This is where the magic happens. Since Great Salt Lake doesn’t freeze in the winter, when temperatures drop in the high altitudes, weather systems from the West pick up a hefty dose of moisture from Great Salt Lake below. When the snow falls in the Wasatch, it takes on an entirely new crystalline structure called dendrite. What important to us is this: it’s a dry and light 8.5 percent moisture content snow that feels like glitter pow under your skis. 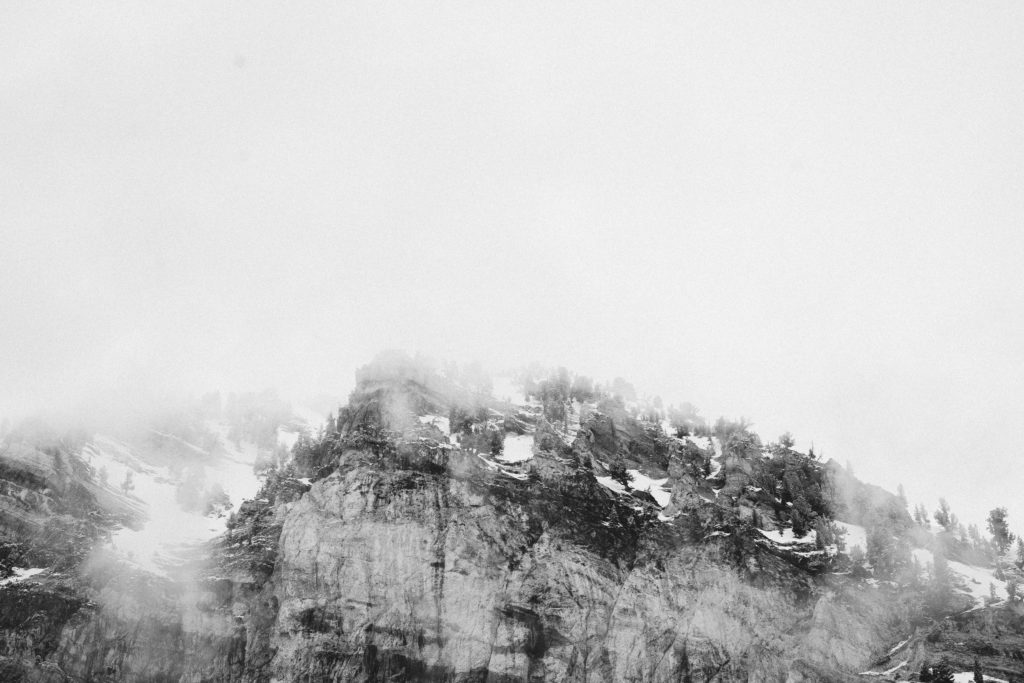 Views from the Wasatch

But density alone won’t get you very far. In order to find the perfect float, AKA keeping your skis from scraping the bottom, the snow has to fall consistently. Thankfully, those storms mentioned above happen all the time and are fairly predictable. Alta, for example, is one of the snowiest places in the country (average 547″ annually) and that happens over the course of 40 snow events per year, on average. A little quick math tells us that on average, Alta is getting just under 14″ of snow every storm. That’s a hefty hunk of snow, but they call it these storms “Goldilocks storms” because they produce just the right amount of snow to keep the conditions all time. Not too much, not too little.

Finally, one of the best reasons for Utah’s snow is that you don’t have to live in it to get it. Just 40 minutes down-valley is Salt Lake City and while the Wasatch get hammered with 40 feet of snow per year, the city only gets about five. That means looking at a monster snow report doesn’t mean allotting an additional 20 minutes to shovel off your car. If you’ve lived in a snowy place, you know how lovely that really is.

Not only is skiing close, but there is a lot of it. There are 11 resorts an hour away from the Salt Lake City International Airport and you can bet all of them are getting good snow. Not to name drop, but that includes places like Alta, Snowbird, Solitude, and Park City. Oops, I just name dropped.

Very few places in the world can provide the density of, the sheer amount of, and the proximity to snow that Utah can. There’s a reason why they call it the “Greatest Snow on Earth” and with world-class resorts just a hop skip away from SLC, you hardly have to work for it. If there’s one final thing to say it’s this: float on, amigos, and bring your snorkel.