Winter has been making inroads throughout much of North America recently, with multiple snow storms pummeling the mountain ranges of the western United States and Canada in October and the mountains of New York and New England getting pasted just this past week.

So it’s time to put down the Thanksgiving recipe book for a few hours and check out to see if your boards are ready to hit the slopes.

Because it’s time to work off all those Turkey Day calories.

There are 76 ski resorts open throughout North America on the eve of Thanksgiving, with a bunch more expected to start spinning their lifts by the end of the week to bring the total to just about 100.

Granted much of this skiing and snowboarding is being done under somewhat to very limited snow and terrain conditions; we’re counting base depths in inches rather than feet in most places.

But, hey, it’s better than staying home watching football and waiting for the dinner bell to ring.

Sixteen resorts have taken advantage of that monster storm that nearly shut down Buffalo this past weekend as well as finally getting overnight temperatures conducive to getting their snow guns fired up.

Among the hills spinning lifts are Hunter Mountain and Windham in New York, Blue Knob in Pennsylvania, Cataloochie and Sugar Mountain in North Carolina, Sugarloaf and Sunday River in Maine, Loon in New Hampshire and Stowe, Killington and Okemo in Vermont.

Whiteface and Gore, both in New York, are among the handful of resorts expected to open by the weekend.

A lucky 13 hills in the Great Lakes area are up and running, including Afton Alps and Wild Mountain in Minnesota and Tyrol Basin, Alpine Valley and Trollhaugen in Wisconsin.

By Sunday Lutsen Mountains in Minnesota and Ski Brule in Michigan should be joining the fray.

It’s no surprise that the region with the most ski hills would have the most resorts currently open, with 29 resorts up and down America’s backbone spinning their lifts.

Schweitzer in Idaho and Jackson Hole in Wyoming are each eyeing an opening day by the weekend.

There are just short of a dozen resorts open for the 2022-23 season out there on the Left Coast, including Mammoth Mountain, Palisades Tahoe, Northstar, Heavenly and Kirkwood in California, Mt. Rose in Nevada and Crystal Mountain in Washington.

Big Bear in California and Timberline Lodge in Oregon are hoping to get going by Sunday at the latest.

Nine resorts, mostly in the western portion of the Great White North, have opened their slopes to skiers and snowboarders for the season. Among them are Lake Louise and Sunshine in Alberta,  Silver Star and Sun Peaks in British Columbia and Mont Tremblant in Quebec. 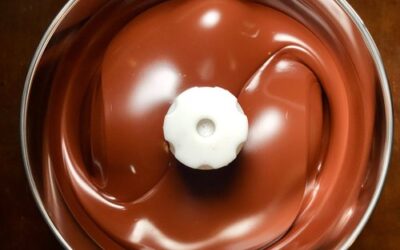 Do you feel it? That chill in the air? If you live in Florida or LA, the answer is probably ‘no’, but the rest of us are feeling the chill in the best way. Soon are the days we get to spend in frozen winter wonderlands, but in the meantime, there is some serious preseason preparation required on the behalf of you, dear reader.