Why Early Season is Actually Awesome

Reveling in the promise of a new season

If you look past the stoke of the new year and think about the logistics of skiing for the first few weekends, it can seem a bit boring, but that’s not the case! It’s all about how you approach the run. As we profile last year, there are certain things you must be very careful of in early season – the woods are not safe yet, and sharks abound! But it’s also a great time to get back into the swing of things, especially in early December when it is usually milder than the months to come. 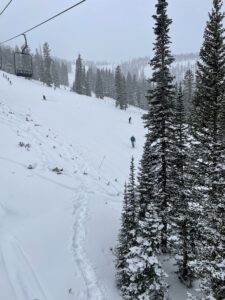 The annual disappearance of the saplings is underway

There are a couple stages of early season: The first few days are to be expected, one glittering ribbon of death with a hundred of your best friends coming down alongside you. And it is, of course, dependent on the snow that year. But when we get lucky, and this year may yet bear that out, the mountain gets some fun runs open. There’s always going to be a bit of variability from region to region, but so far, we’re seeing good coverage across the west.

The runs are longest at the beginning of the year

When a bit more terrain opens, it not only helps the traffic flow across the mountain, it also means that you can start to get some serious vertical. If you really feel like challenging yourself, mogul runs start opening, and you can remind yourself of the hearty thanksgiving meal you just had while you’re trying to catch your breath.

The cold isn’t so cold 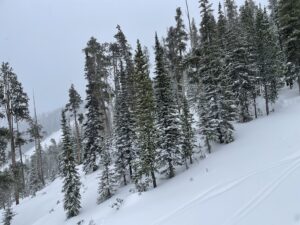 Now, there are always exceptions – anyone who has felt the wind whip at A-Basin or Big Sky, for example, knows that all it takes is some healthy windchill to freeze the bones right up. But fortunately, the beginning of December is usually not as windy as the other, transitional times of the year, and that goes a long way towards staying warm, even if the temperature is in the teens. Getting the more weather-sensitive parties out on the slopes during this time of year can be a good call, as they’ll likely have to wait until spring to get out again if the cold is a no-go.

Times are a changin’, except for weekdays

With the explosion of popularity in skiing and snowboarding over the last 10 or so years, the days of sparsely populated mountains on a weekend are likely long gone for many resorts. The buildup of anticipation during the summer helps to explain some of the lines you see on the first couple days after opening, but it is a bit of a surprise to see all parking lots full when the mountain has all of 3 runs open. With the increased amount of folks on the hill, it helps to be savvy about where and when you plan to ski. 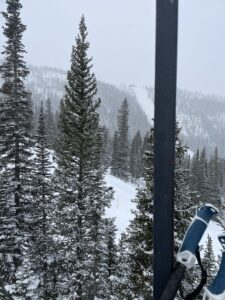 The real fun stuff is close!

As mentioned above, when we get lucky and the snow is pretty good early on, it’s as good a reason as any to tell your boss you’re sick and head up on the slopes. For one, mental health days are a thing, and skiing is just about as therapeutic as anything else you can do on Earth, and second, you’ll get to skip out on the lines I just spent the last paragraph describing. There is nothing quite like being on the mountain, on a Tuesday, getting covered in a quarter inch of snow each chairlift ride, knowing that the slopes are practically all yours.

Regardless of whether you choose to brave the crowds on the weekends, or if you have the foresight to take full advantage of your company’s sick policy, check for us first for the best deals on gear, tickets, and lodging on your next big trip!